14°C, rain clearing later.
Vinyl.
This Mortal Coil: It Will End In Tears. 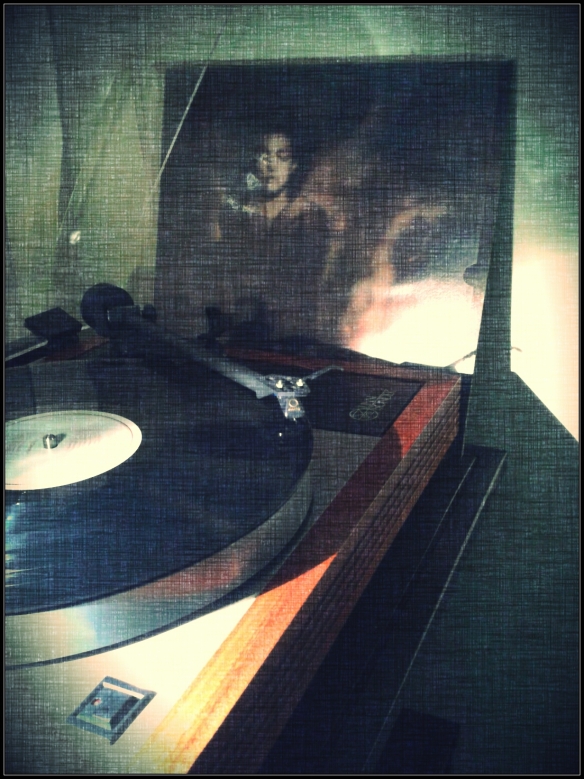 Saturday morning music time. Seems like the best time for vinyl for me.﻿
The album sounds a bit dated to be honest, but it did lead me towards buying some of the finer examples in my collection: Lisa Gerrard and others.
Some listening sessions follow a path through the collection. While listening to an album, other records spring to mind and they land on the platter next. From a given starting record, there are paths through the collection that form naturally each day. From a starting album, the path is often very alike.﻿

15°C, wet morning, sun afternoon. Shorts weather.
CD, Skyphone– I confess, at the start, that I don’t really know how to review a CD. So all I can do, is make a recommendation. Currently, there only exist two CDs from this Danish trio; Avellaneda and the one currently in my CD player- Fabula.
The sound is woven from interlocking synths and percussion things to make complex of sweet harmonies and little sounds. The little sounds have caught me. It reminds me of the ever wonderful Fred Frith. This adds harmony and rhythm to Frith’s sometimes dissonant layering.
Music like this I can work to and listen to exclusively. In other words, it works in the back-ground and bears close listening while doing nothing else.
Would you like to know what category to put this CD in? I don’t know- that seems to be a question that youngsters are more concerned with than I am.. Look under S then. 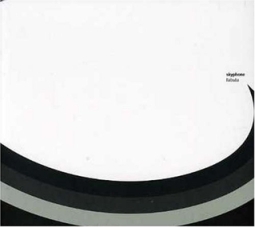 Will this do as a music review?

Posted from a phone.

The olympic torch procession thing passed through town today, I think. there was a nucleus of noise and crowds which is calming down now. I was out with the dog and could hear music, horns, pea-whistles and amplified voices from a point that audibly moved along at a steady pace. There were small groups of people hurrying towards the nub. They almost broke into a trot, not quite but handbags swung with some urgency. Other people walked quite quickly too, that’s a remarkable thing for a nation that likes to walk veerryy sloowly. Maybe you had to be there to appreciate the point of it all, but the noise was not a attractor for me.

Gig in Stan’s Cafe Birmingham, – both ambient music, in an interesting venue- a metal pressing factory conversion in the Jewelery Quater, Birmingham. There wasn’t a great deal of conversion made to the buliding, it was clean but no effort had been put into decorating the place. We waited in the entry shed with a feeling of anticipation that was different to other performances. The audience was mostly middle-aged men, all wrapped up in thick winter clothes and many beards.

Harold Budd came on first and did a single piece 45 minute set. He began softly playing curious little phrases on the grand piano while the only other musician played a box of tricks that manipulated piano and ambient sounds. The presentation was very soft, distant and unspectacular. There was I, full of head-cold tired from work listening while drifting near to sleep but not loosing contact with the music at any point. Near the end as the sound tailed off, someone coughed and the sound reverberated inside the black box and I wondered how the audience-performer relationship would have changed if they had built on this intruded sound in their own playing.

The Necks had much in common with the first set, though three musicians who didn’t appear to use any electronic manipulation this time. The sound grew to a massive wall of sound just from percussion, double-bass and grand piano. The overlapping patterns each produced created other rhythms within. There was less space in the sound, but the overall structure was clearer. As before, beginning quietly, the crescendo was huge and tailed off at the end. Each instrument sounded  anxious and distant which created tension with the others. This is music, like Budd, that had no melody, not broken into separate pieces but was bound by soft overlapping rhythms that bound it all together. There was none of the harshness that characterised amplified wall-of-sound pieces heard in other venues. You can’t beat live “unplugged” performances.

The show was somehow part of the London Jazz festival. I can’t help feeling that I don’t really have a working definition of “Jazz” though. What makes something “Jazz”?

Children are growing up too early. The news story of the season this year: The chattering classes are upset about media forces on young children, padded bras for under 11s, hip-thrusting semi-nude dancing on popular music shows, make-up on pre-teens.

I speculate that the younger children are not being “sexualised”, they probably don’t know what on earth that means. My current thinking is that it’s a manifestation of consumerism. Child-cosmetics, I have to admit to some dis-comfort here; hence I am interested in the debate. Young girls using cosmetics, painting themselves and looking rather incongruous in their war-paint. It’s lamentable in adult women in my view, but in children, it’s rather disturbing.  They do represent a market, and yes, are probably being targeted by the ad-men. That thought does scare some; see the Pinkstinks website.

From their perspective, the under 11s are imitating older children as they always have done. Was it ever thus? I can’t see any way of preventing or restricting it all. Some may be guilty of projecting adult desires onto an age group that can’t possibly know what sexualisation means.
Is there is simply too much money available. That money is like a drug, it’s intoxication is irresistible to most, it does seem to overpower any remnants of idealism that people may hold. As you can guess, I don’t always like western modern capitalism, I have a distaste for any decadence anywhere.
Has feminism been beaten back by consumerism? I have a horrible feeling that it has.
See Pinkstinks.