Got a cold so stayed in and worked on the house. This is the door to a cupboard which was panelled over, probably in the late 1970s. The panel cake off easily but the paint flaked and revealed its thickness. There were atm east 4 layers, the lower layers were even thicker and softened reluctantly under the heat gun. The yellow is rather shocking (probably 1980s) but the two colours beneath are interesting.

Now the door is finished and re-hung, the room smells of linseed oil. Is that the medium for old paints? I feel rather nostalgic about that smell, it reminds me of art college

I used to keep a measure of my accumulated bike rides by adding up the weekly then annual milage. In a good year, I could total 6,000 miles. As the years go by, this figure has steadily declined to around 5,000. However, I recall doing a survey about a decade ago and worked out that I did about 10 hours a week exercise. Over his last year, it’s somewhere around 9 hours per week. In other words, it has not really gone down much, I’m just slower now.

As for today, what a cold biting wind there is. It’s cold for it’s direction – south East. Two hours was enough and even my legs felt stiff despite me urging them on.

It’s not quite finished, there is something wrong and I’m not sure what. This letterbox view on this landscape book doesn’t help but the solution may lie in careful hair measurements. The original photo has a twist – the model is looking 3/4 to her right. In this view, the isn’t enough information, maybe that’s why it looks odd.

Bic yellow biros are my favourite, this one is well broken in, so is probably half used. 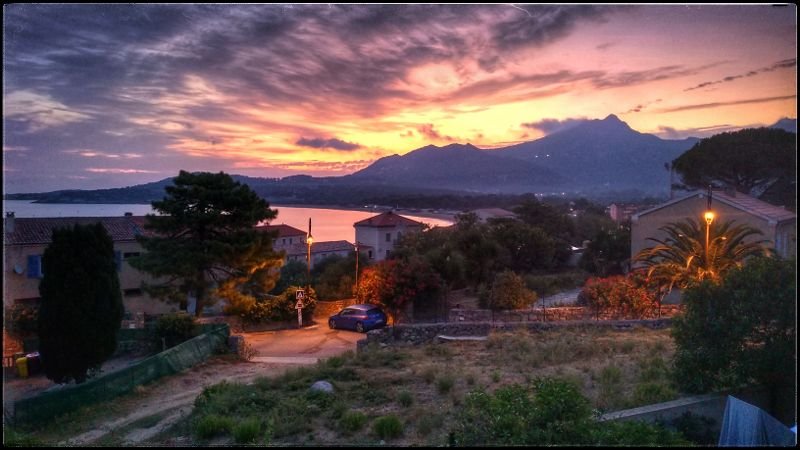 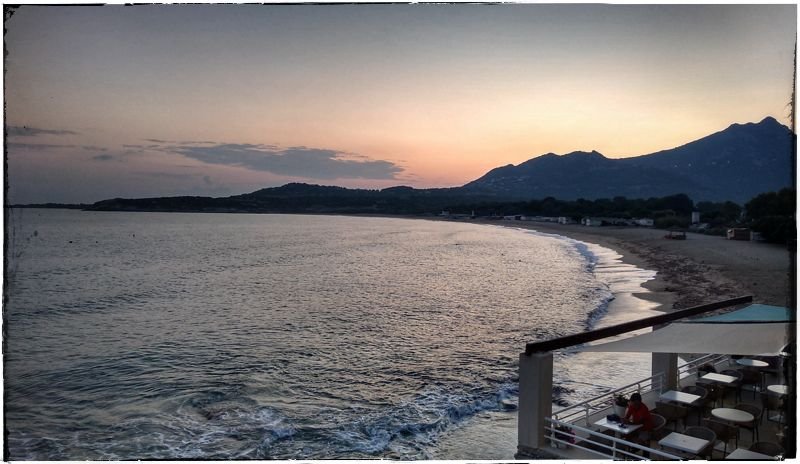 GR20: Northern Half. The plan is tight because of time lost in transfers. I have to get to the start after landing which is difficult on a Sunday. The 1st train leaves before landing and the only other is 5.30pm. I can only do 1 week’s worth so may not even make Vizavona. Other escape routes are available.

Transfer to start point: Wake at 02.40 for a small breakfast at home. The taxi came on-time at 3.30am. The driver was a nice guy in a white Skoda for Kwickars. Driving through the rain we got to Manchester airport early (05.20). Good man, deserves some +ve feedback.

Dave and the race across the island. Dave sat in the row behind in the jet and revealed that he was on the same quest. We agreed to travel together to the start. My anxiety vanished into elation; I clapped my hands together in delight.

Sitting in my row were two young women who nattered quietly all the way. After a while, they included me by asking about the GR20. One was a primary teacher, the other I can’t recall but has a wide breezy smile. Both were fine company. With this and Dave’s introduction. This is going to be good.

The walk up to Caruzzo. For me, Caruzzo would be my start. Problem is – how and when do I get there. I suggested to Dave that we head over to Comozzo to either get the last train, or at a push – hitch. There was a nice but basic foodie place for pasta and a sharp coffee in Comozzo. Round the corner is a suitable roundabout to try our luck with the thumb. We had hours to kill before the second train, so why not?

Then the day really started! After a full 15 minutes in hitchhiking pose a white Audi A3 pulled over. He was going to Calvi! The guy was a dude, all dressed in white, driving the two of us in his white convertible through the northern mountains then along the coast. We chatted, he was a locksmith from Paris. At times he gunned it, passing cars at over 120km/hr, at others, sitting in. Some of those cars, I remarked to Dave, were those who didn’t pick us up! All the time, hip-hop pumped out of the car stereo. The time.of our lives!

We arrived in Calvi at 16.30, a full hour before the train was due to depart Comozzo. We had time to stock up in the Super-U and get to our start points. Dave wanted Calenzana and I wanted Auberge de Bonifatu. I was back to plan A. The idea of postponing my ascent to Monday hung over like a gloomy disappointment. Goodbye disappointment, it’s all Go for the start from Auberge de Bonifatu.

A taxi took me up to the forest, after some negotiation in Calvi, first offer was €66. I pulled a face and he dropped it to €60. I mithered with Dave and then the offer of €50 if cash came. I took it and arrived at the Auberge at 19.30.

Up through the forest. A familiar route, but this time the pack was heavier. Under some pressure from the setting sun, I hoped to arrive in evening twightlight. As you proceed, eyes adjust to the failing light well after sundown. Eventually, you can’t see the marker flags so it was the to get the head-torch on.

Some buildings and a howf appeared then I knew the helipad was near. Then, voices. Outside the refuge, people were still eating, drinking and smoking by torchlight. My head was quite spaced-out which made struggling with poor french worse. But I was there. The guys who ran the place seemed to understand, perhaps my tiredness was obvious.

The only food remaining was bread and sliced boar sausage. It washed down with a half beer nicely. I don’t normally eat meat, but out of necessity…

Intermittent faults are tricky to diagnose. On the off-chance, I tried my record deck today and it works perfectly. I’ve not switched it on all summer because it would not run up to speed. It’s as though the motor is running on one channel only. Chris Brookes thought the Valhalla board may be at fault, but perhaps it’s a connection that is intermittent.

A long drive for one day’s work. On paper, not a good return for my time. The time was made worse by many traffic jams, a lorry blocking the M42 roundabout, soon followed by a 3 car pile-up and finally another broken down lorry. The average speed was 11mph. I set off allowing 1 hour extra but lost that before I even reached the motorway. My arrival was 1/2 late. The team was sympathetic.

Anyway, we spent the day with groups on a rota learning basic skills 1, mapping; 2, Tents; 3, cooking; 4, first aid. I did the mapping. The groups varied in their concentration which led to a slightly different approach with each group. The latter ones were set a chellenge where they listed grid references, direction and distances on 3+ legs and the other team had to identify place names they had listed. In other words, make a simple route card. Then the maps lists were swapped to the next table on the right to be solved by the next group.

That done right at the end of summer term; they were obviously in need to a summer holiday. Some were due to fly abroad tomorrow and others simply looked worn out.

The company I was working for seemed really good so I intend to sign up with them because they do lots of DofE expeditions nearer to home. I’d like to cut down on the number of very long drives that I do currently. Let’s see if I can be more canny with these trips in future.