Gloucester Services: the only one worth 5 star rating. Teybay comes a close second but none is good enough to come third.

3.1; the camp was a chilly start in its wooded NW facing slope. Instructors met up at 8.30 and we headed over to the start in Nailsea where the kids arrived in cars. I chose groups 3 & 4 at random. The choice set the tone for the rest of the day. 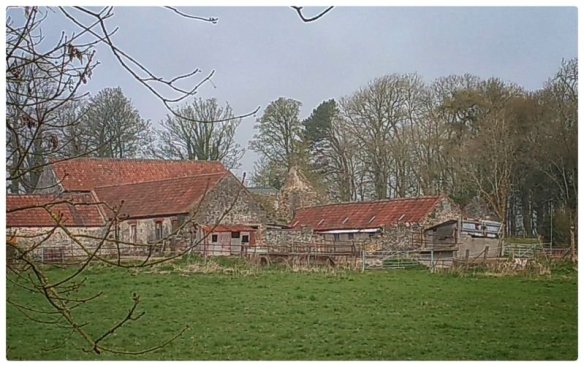 Both were lively groups fortunately free from difficulty. In fact, they were really good fun. One was teaching me french which I will need for my summer expedition. The girls group made a big effort to get me to learn their names. All have been charming all day, even after I told them off for some unnecessary navigation errors. They had a tendency to natter and not to notice navigation clues. Like a scratched record, I emphasised the need for 2 or more clues for each decision. They still made some glaring errors.

It’s funny to think that I cycled down these valleys in the 90s hundreds of times, training and racing. Funny because of the places here I knew nothing about. The medieval hill fort was the best bit with its view out to sea.

3.2: remote supervision. We set checkpoints and the group’s plotted their routes after breakfast. The only real problem was early morning fog that was very dense. One of my groups soon made an error and headed north instead of East. They fixed it without intervention though. Both groups did well and finished on-time. There was a necessary discussion about splitting a group which probably happened in the confusion of many teams arriving at bottleneck checkpoints.

Finally, both groups were delightful, they were bright, optimistic and tremendous fun to spend time with. I felt priveliged to have their company for a couple of days.