Daffodils given as a house-plant last Christmas. They’ve done well outside.

I enjoy buying and listening to music. It’s one of the constant pleasures in my life. It about changing my mood, illustrating phases in my life and stretching my mind.
It’s not often, however, that I feel as elated with a new find as this. I didn’t know music could do what this composer does with normal instruments.
Fred Frith modifies his instruments with objects, plays ordinary guitars in strange ways. But what Abrahamson does is entirely different. It’s all in the composition, I suppose.
I have been lifted out of the ordinary by this.

Several occurances have met to enable this find. My new DAB radio means I play BBC Radio 3 most days. The car has a bluetooth and DAB stereo system which works well with my phone. Then, there’s the BBC iPlayer app. All that has led to this almost magical find, a bright lights shines out in my collection.
All this effusive talk and the CD hasn’t even arrived yet. The online shop allows immediate download once you have made your selection and purchase. So here I am, familiarising myself with a new record that is still in the post.
We had a discussion at work yesterday where I wanted a word to express the convergence of the above events that lead to this music in my collection. The best word is probably: synchronicity

I have used this iPod every day since 2009. Back then, I bought it as an upgrade on the iPod Mini when it ran out of space.
It’s the penultimate version with 120Gb of storage. I like it so much that I will take it to an Apple shop for a service.
The battery only holds charge for a few minutes. Otherwise, the device seems good. It’s only a hard-drive, a small display and a battery. I wonder how long the disc will last. Apple stopped making these a year or two ago. They still service the Classic however. 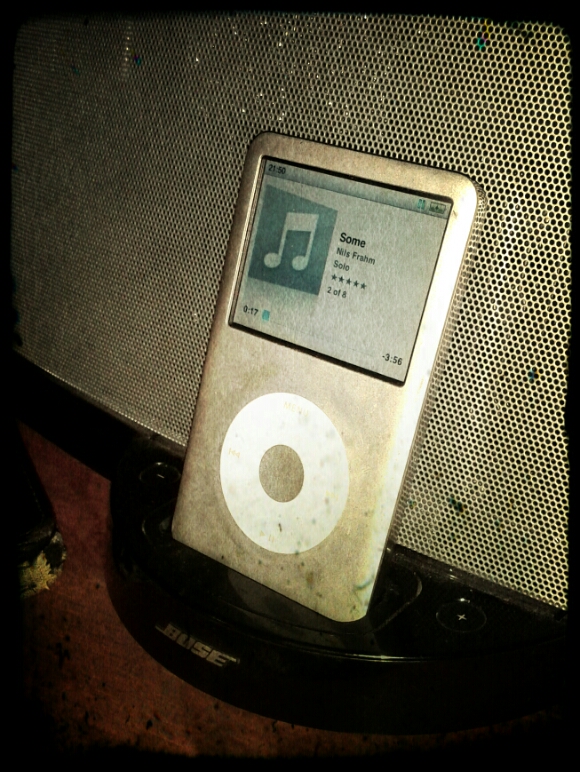 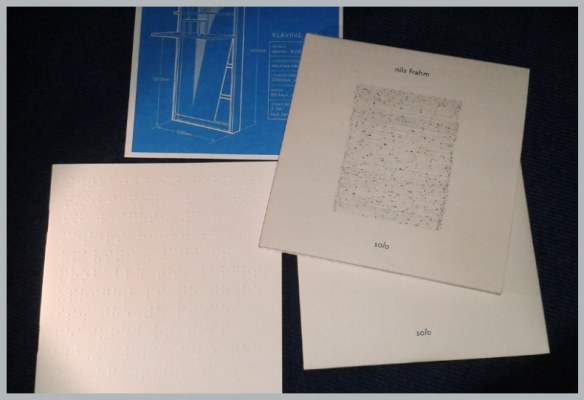 The cover explains more. The piano he used is a custom built instrument made by David Klavins in 1987. It’s enormous, the longest strings are 10ft long. The blue diagram shows its layout.
As it’s played, other small sounds can be heard from the mechanism. That’s not unusual in piano music, but with Frahm’s style, those working sounds are more obvious. Space between notes opens your ears to the shape and construction of each key press.
The result is peaceful and deliberate. The same characteristics melt into your own mood,
Recommended.

Storm building over Liverpool Bay. A brisk wind blew from that direction, but it didn’t seem to get any closer. Maybe that’s the effect of the Welsh hills. There could be hail in that cloud-head. Despite the strong wind, it didn’t get any closer. Fortunately.

On the drive north, Saturday Classics is playing on the car stereo. Tansy Davies did a selected playlist of Contemporary Classical music in a show broadcast on 2nd Jan. 2016. 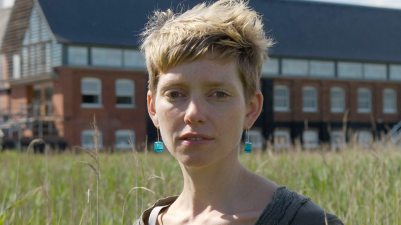 Inevitably, a selection contains pieces that vary in their appeal. Some don’t work their magic, some are stunning. Ironically, Davies included one of her own compositions which I would put near to the stunning end of the scale.
At the time, in the car, it seemed a bit odd for a presenter to include some of her own work. That doubt evaporated when the piece started. There is already one T. Davies CD in my collection, and some Ligeti (which is also wonderful).

At another time of day, the drive would have been difficult. Heavy rain glazed the road so markings were more difficult to see. Many drivers don’t sense the risk and drive well over the speed limit regardless. I thought: I want to buy winter tyres soon.

Put on a good face.

2016’s tick-off list:
Hill and Moorland qualification,
6,000 on the bikes,
Kintail munro loop,
Drop a kilo, Christmas food indulgence means a bit of weight gain. I want to get under 13st 12 by the end of January.
‘