What is this- a cold? Maybe, that slow feeling is visiting, a cold could come or maybe it’s all nothing.

WordPress is as unreliable as other servers when it’s busy. 7pm is the worst time for many and it’s no different here. I will have to edit the style sheet, there is too much white-space here and the default fount is too large for my taste.

Tonight, I am marking some short essays by year 10s. The main question nods towards feminism and positive discrimination in the workplace.

This new house is all clean and white, no dust anywhere.
I’ve left thoughts unblogged recently, and now I find Microsoft are offloading their blog service here.
I don’t mind this; here things look a bit more grown-up to me.

Welcome to WordPress.com. This is your first post. Edit or delete it and start blogging!

Oh dear, how I’ve neglected these pages. I’ve had less to say, but lots to think.

Film: did I like lit, did I not?
The first half was okay- some interesting sub-plots; the boy’s relationship with the magic-man was interesting, his unbreakable ties with his roots were too. I loved the idea of hiding in the water tower, there were some gems in this film.
It was shot in an almost hyper-reality CGI style, with overblown overacting and shallow sentimental stuff dripping everywhere.

The second half was absurd in my view. It looked as if they thought up three alternative endings and decided “to hell with it, we’ll put them all in”.
The comic-book acting wore me down by the second half; I’d had enough by then and couldn’t wait for it to end, even at this point, after that feeling had sunk in, we were subjected to three endings in sequence. 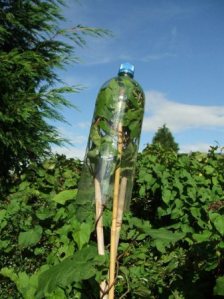 Work-shock is largely over. Several nights of bedding down by 9pm did the trick. Before that, I was the undead. Now I am breathing and living again. the new CD player is nice; not decided on the best way to D-A conversion. Using the old DacMagic for now, but the newest version is a possibility. Maybe the onboard DAC is as good as (or better than) the external DacMagic 1.