"I have been twelve for a long time": a Swedish vampire film. Normally I’d avoid this kind of thing, but not this time. Glad I didn’t too. Thanks for the recommendation Kermode and Holly. 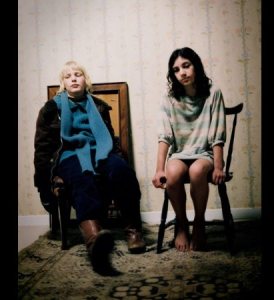 The film was funny, romantic and peppered with that female-juvenile fascination with blood. Vampire stories hold a strong appeal for women (or maybe just girls) I am told. Apart from these thoughts, this Swedish film was made in the winter, in a sharp artificial white light. there are some warnings on teh web that suggest the subtitles are full of mistakes, some of you may have trouble with this. Cinematography had everything it needs to captivate me. Perhaps even a poor film shot this well would do it for me.Wonderful.
I like pictures.

St. George’s day: a patron saint of England. Haven’t stopped to question this before, but why has England adopted a Lebanese man who killed a non-existant animal to be it’s spiritual figurehead? Since he is associated with the red cross on a white background, it would now appear that he’s the patron saint of football hooligans here in the England.

3 thoughts on “Let the right one in”